But I asked for a rosé

It’s common – people think I’m tripping when I go to pour them a rosé from a tap.

“No! Not the NEIPA!” they exclaim. It’s cool, I heard you – that’s just where our rosé comes from. We’re big fans of R!OT’s rosé, and let me tell you why.

R!OT have a lot going for them. Their rosé comes to us from old-vine Grenache in the McLaren Vale, along with a bit of a tart little Sangiovese. Tom O’Donnell, winemaker at R!OT, loves the varietal – “I love Grenache because it’s always changing like the season … No two winemakers would make the same style from the same vineyard. It reflects the season, the region, the personality and [provides] awesome, fresh drinking.”

R!OT Grenache-Sangiovese rosé is reflective of the warm climate of the McLaren Vale – flinty, with medium body and guava aromatics. It’s refreshing and flavoursome without being cloying – something that rosé sceptics are always wary of

Because the wine goes straight from a stainless-steel keg to your glass, there’s no chance of pesky UV rays getting in and spoiling your sip. Similarly, you know for certain that the wine hasn’t been sitting around in an unopened bottle for a week – something that should be a given, but is sadly lacking from some bars’ quality control practices. The kegs and cans that R!OT rosé come in are pressurised with nitrogen – so the very first time the wine is exposed to oxygen is when it’s in your glass. This means that you can be guaranteed of a consistently good, fresh product, every time.

Ever tried to empty a giant bin that’s full of wine bottles? You’ll need earmuffs – and forgiving neighbours. The simple fact is that kegs and cans mean a lot less garbage-disposal issues, whether you’re in a bar, or trying to hide your levels of wine consumption from your nosy neighbours.

Only the best grapes go in it.

R!OT don’t limit themselves to only one vineyard – oh no, my friend, they scour the McLaren Vale for the best grapes with which to craft their tipple – and it shows. McLaren Vale is known amongst aficionados as the home of Grenache in Australia, and it’s reflected in the quality of the juice that R!OT put out for us every year in their sustainable and shiny kegs.

Sure! Just pop along to Concrete Boots Bar and ask for a taste! It’s a great all-weather sup and a constant feature among other brewed and fermented greats that grace their twelve taps. Between you and me, pop in for a cheeky carafe with a mate on a Sunday – you won’t regret it. 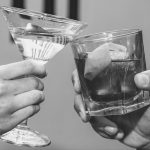