It might seem too good to be true – effecting social change whilst sipping on a cold one – but thanks to the forward-thinking legends at Charity Tap, we’re able to have our fill of warm fuzzies while partaking of cold frothies.

You may have seen a big yellow sign adorning a tap handle at your local watering hole. Whether or not you’ve paid any attention to it is another matter. Because you’re about to start, I’ll run you through what you need to know.

How did it come about?

Charity Tap was established in 2015 by a group of Melbourne locals with the goal of facilitating grassroots charities and promoting justice. They focus on a different feature charity every quarter, which is a pretty clever timeframe – long enough for the charities to gain traction and raise some dosh, while still allowing enough variance on the calendar to ensure the spread of the love.

How effective is it?

Since its inception on ‘15, Charity Tap has raised over $30,000 for a wide range of charities. These include (but are not limited to) FareShare, Kids Under Cover, Canteen, Melbourne Period Project and, most recently, Drought Angels.

There are always naysayers who argue against the efficacy of passive social movements, particularly those that begin or are perpetuated online. However, proponents of arguments against ‘slacktivism’ or ‘clicktivism’ are romanticising our bra-burning bus-sitting forebears whilst missing the overreaching point – when people try to do good, it is good.

The other thing to be thankful for is that Charity Tap are super transparent about how they allocate their funds, so we aren’t left to ponder Mercedes-driving CEOs and their butlers, but can instead rest assured that our little bits and pieces of change are going where they’re needed.

How does it work?

Participating pubs keep a “Charity Tap” (complete with logo and signage) in their rotation, and the customer pays a designated amount extra (this can be anything between 10c and $1) for a beer from that tap. The proceeds are then pooled across participating partners and distributed to the appropriate feature charity.

Charity Tap also donate 5% of their proceeds each quarter to the Self Help Addiction Resource Centre.

The reality is that ‘conscious consumption’ movements are on the rise. Millennials, in particular, are more likely to give their money to a product or organisation that show themselves to be associated with a cause.

When a company associates its brand with a cause, it allows consumers to express their values with their money. As well as facilitating generosity, this has the added bonus of deepening a customer’s mental investment in a brand, which builds stronger ties between consumer and provider, and can lead to really valuable relationship-based repeat business.

As companies (and venues) communicate more and more with their customers through social media, they’re taking on more responsibility to act in a way that is in accordance with their customers’ values. The level of transparency is such now that we should all be demanding more of our venues, and patronising only those who we see as aligned with our own.

Who is doing it?

If you’d like to nurse a pint and feel good, here are some venues that offer Charity Taps:

Here’s hoping we see this list expand in the future. If your favourite venue or workplace could benefit from a Charity Tap, you can get in touch with them via their website; I’d highly recommend that you do. 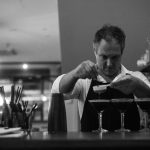